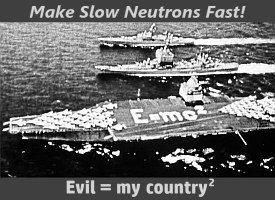 I'll admit up front that I haven't done the calculations so I have no number for the expected number of supernovae each year in the Virgo Cluster to toss out. I find it easier to actually make the observations and do the measurement, because the fundamental data needed to make an estimation are too poorly known in my estimation.

But I can scope out how one might do it.

To a very rough first approximation the SNe rate should scale with the mass of a galaxy, which is approximately a measure of the number of stars it contains. With the probability that a given star will explode in the next year, we could add up all the probabilities and come up with with theyearly rate for the whole galaxy. Do this for each galaxy in the cluster sample and you have your estimated rate for the cluster.

Things quickly become complicated because the two types of SNe are thought to arise in two entirely different ways. Type I SNe are believed to be the end result in (some) highly evolved close binary star systems, with ages ranging from ~500 million years all the way up to about the oldest stars in the universe: 10-12 billion years.

While about half the stars in the solar neighborhood of the Milky Way are binaries, close binaries are exceedingly rare, and we have little idea whether the local situation is typical or not of that in other galaxies. To estimate a Type I SNe rate for a population of older stars, in principle we'd need to know about the relative varieties of stars and star systems formed long ago (so they could be evolved to the current epoch such that they're just ready to explode), and this information is simply unavailable.

Type II SNe are perhaps a little better for our purposes because they are thought to originate in massive, short-lived, extremely bright and hot, spectral type O and early B stars, usually referred to as extreme Population I stars. The progenitors have ages from a million or several million years up to maybe only 40 million years. Note that this latter figure is is less than a tenth the age at the bottom of the range for Type I SNe. Such stars have had little time to move from where they formed. Thus they are almost always associated with regions in galaxies where star formation is easily observed now, and showing other extreme Pop I objects, like HII regions, dense molecular clouds, dust and gas generally, etc.

The approach for a long time has thus been to tie the expected Type II SNe rate to a galaxy's current star formation rate (SFR). The SFR can be measured: stars form out of gas and dust, then some fraction of the energy the stars emit is absorbed by the nearby unconsumed dust, which warms up some and re-emits the energy as thermal radiation in the IR part of the spectrum -- which we can measure. The infrared brightness of a galaxy is thus a measure of its SFR. Note that this only applies to spiral galaxies because S0 (lenticular) and E (elliptical) galaxies are devoid of gas and dust (with a few exceptions) and thus have current SFRs and Type II SNe rates of approximately zero. The amount of gas (rather than warm dust) also correlates with SFR, and either neutral atomic hydrogen (HI) or various molecular species (like CO) can be used, the latter being better in principle because it can only form in higher density regions that may actually be forming stars.

The hitch here is that if all the stars being formed are later B type stars and smaller, then it doesn't matter what the SFR is, as there will be no subsequent SNe down the line (unless maybe they happen to be close binaries). Similar to the situation with Type I's, in principle we need to know more about the particulars of the kinds of stars formed.

This is usually expressed in what's called the luminosity function (LF), the proportion of stars of various luminosities (intrinsic brightnesses). Luminosity and mass are tightly linked together, so this amounts to a mass distribution function. Again, the baseline or initial luminosity distribution function is only roughly known for star forming regions in the solar neighborhood of the Milky Way, and again we have little idea in general whether this LF is a universal property of the star forming process or whether it varies widely, perhaps depending on some (hopefully) small number of local environmental variables. The largest uncertainties in the LF are unfortunately at the bright end of the distribution because extreme Pop I stars are rare; the nearest O type star is ~150 parsecs away, and there are something like a half a million other stars that are closer.

Besides their Type II SNe, spiral galaxies also have older stellar components, and can thus give rise to Type I SNe, too. The stars in the disk, like the Sun, are mainly older Population I; the stars in the bulge and halo (Pop II) are even older, and more like the stars in E galaxies in many respects.

So to estimate a SNe rate for an entire cluster sample could be done by making reasonable assumptions or guesses for all the unknowns (or poorly knowns) on a galaxy by galaxy basis, scaling by its mass and type, and then summing the probabilities. My estimation is that the result would likely have large uncertainties -- maybe a factor of two in both directions. The current best guess expected rate just for the Milky Way has gone from one per century to several (3-4) during my lifetime (eg, see The Milky Way SNe Alert System), and my opinion is we don't know that much more now and have just gone from one end of the range to the other. I could be totally wrong on this -- I don't have access to the research journals (or the time to read them) -- so I haven't kept up on how all the observations have been distilled down into SNe rates.

The situation in the Virgo Cluster is complicated by two other factors: For one thing, maybe a fifth or a quarter of the galaxies in my sample have a "?" after their catalogued type, or are listed as only E (elliptical) or S (spiral); when it comes to masses or SFRs the data is probably at least as sparse. For another thing, the cluster has many colliding or interacting systems and sub-groupings; the complex gravitational effects can either increase the SFR in one or both/several galaxies or strip all their gas from them and reduce their SFRs to about zero -- this is how lenticular galaxies are thought to arise and why they're more common in galaxy clusters -- so it's not exactly clear how these should be handled.

What's more disturbing is one paper I did catch wind of, though it had to do with computer modelling of SNe and how they compare with the observations that don't particularly concern SNe rates per se. What the calculations do is cast doubt on the entire idea that the two SNe types derive from two entirely different populations and types of stars.

In brief, they were able to follow interacting close binaries through the explosion and subsequent early evolution of the remnant, and produce light curves consistent with either type. (The shape and timescale of fading in SNe light curves is due to the decay of radioactive elements formed in the expolosion.)

This kind of computer simulation has a 40+ year history and is a specialized sub-field of its own. Thus, all or much of the above, the general model and picture of things which has been constructed over the last several decades by work on a number of fronts, could be mostly or wholly wrong. We may know less than we think we do.