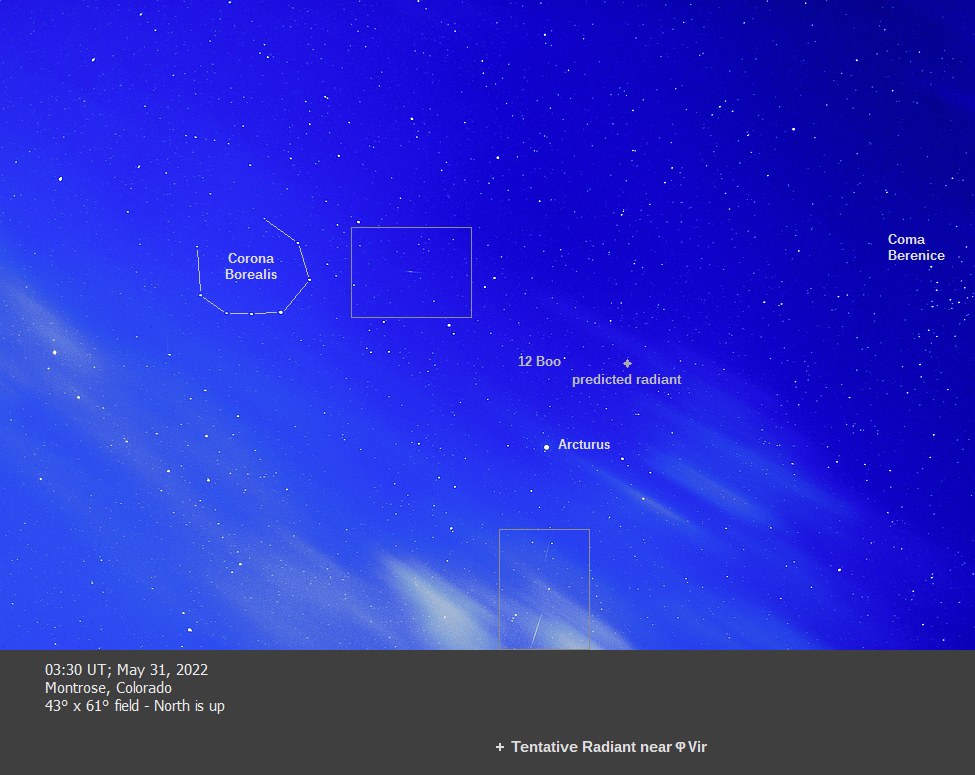 For the complete backstory see this article at Sky & Telescope Magazine, as well as the (many) comments which follow.

An enlargement of the boxed area at bottom, a little right of center, shows two meteors: 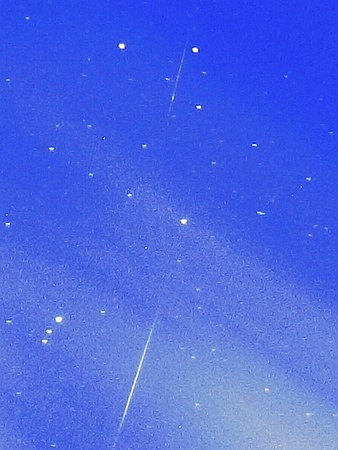 The brighter one you can clearly see in the wide field photo in spite of the cloud. It could possibly be a satellite, as some of these show tracks that brighten fairly smoothly in the middle like this, as they slowly rotate. Satellites in polar orbits show tracks at an angle to straight up N about like this (17 2/3°), due to us moving with the earth's rotation below them; their angle ± to straight up depending on which side of their orbit they're on, i.e., whether they're going "up" or "down". A satellite in a fairly low orbit could be bright like this and would also have a relatively long trail during the 30 second time exposure.

Assuming its a meteor, the tracks of the two meteors converge at the point below the photo's field of view marked as a tentative radiant, which is near φ Vir (phi). Note that this is in a quite different location some 20¾° south of Arcturus (and a little E) rather than NW of it as in the S&T diagram (the position of which I've tried to estimate best as I can on the photo). However, the brighter meteor does track back pretty close to this position.

Here's the thing: there's a third meteor in the frame, in the box next to (W of) Corona Borealis, and even though it's faint it clearly doesn't "point" to the advertised radiant (or my tentative one either), or the position of the τ Her radiant (to its NE, above Corona Borealis): 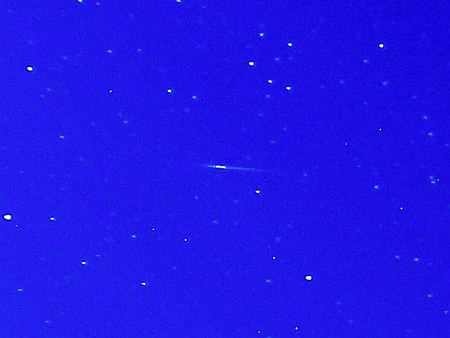 It's taking some time to go through the rest of the photos I took -- a 30 second exposure every 40 seconds -- due to all the clouds blowing through throughout the night, as well as all the satellites; especially early in the night some frames have as many as half a dozen of these boogers in a field this big.

Okay, it took me about a week to figure out what I think is going on. This is how long it took me to get around to reading Joe Rao's paper "Will Comet 73P/Schwassman-Wachmann 3 produce a meteor outburst in 2022?", the link to which is in the S&T article.

Toward the end of the paper, after going through all the results for the various models of what happened to the debris ejected by Comet 73P/Schwassman-Wachmann 3, including his own model, Rao presents a map of what amounts to a radiant zone (rather than a point) in his Figure 8: 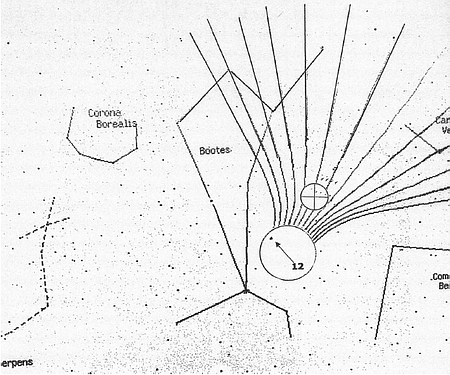 This radiant zone is the circle with the arrow in it pointing to the star 12 Boötis (mag 4.8). In the caption to the figure he says "Rather than a small patch, it appears that the potential radiant ... could measure several degrees or more in width". The second circle, with the cross in it, is "a positional consensus based on our position combined with that of" two other earlier research papers, some 2½° to the NNW.

Both my meteors at the bottom of this frame can be tracked back to either of these two areas. So, while they're of no help in deciding between the two, at least you can cross out any tentative radiant down in Virgo below Arcturus.

©2022, Chris Wetherill. All rights reserved. Display of words or photos here does NOT constitute or imply permission to store, copy, republish, or redistribute my work in any manner for any purpose without expressed prior permission.